City Edge is known for establishing distinctive projects in the real estate sector that improve the growth of the economy. Additionally, It is considered one of the pioneering business companies in the Egyptian market. The urban Communities authority owns it by 60%, the housing and development bank by 38%, and the holding company for investment and development by 2%. It has established many successful projects, such as:

Also, as a crowning achievement, it is newly start launching the new phase of the gate new Alamein waterfront, which is north edge towers. With a hope to deliver the mission to create a new era of all-year-round destination, not only a temporary summer season getaway.

This mega project stand as the major pillars of New Alamien with its seashore and skyline. It spreads over 48000 acres containing units, homes, and vast green space. Additionally, the new coastal road has been developed to involve water networks, electricity, sewage, communications, and desalination plant. In fact, this project is expected to highly beats the Dubai towers with its contemporary modern & sleek french designs. Thus, each tower comprises about 27 to 40 floors to allow the resident to see beyond the horizon. City edge made cooperation with Hassan Allam sons, Orascom, Dora, Redecon, Siac, and Arab Contractors to design and build 15 towers.

North edge towers are located in a prime spot 54 KM away from El Alamein International Airport and 89 KM away from Borg El Arab Airport. It extends 38 Km along the Mediterranean sea in Elalamin city, which is the promising future gate for Egypt. Accordingly, the new alamein is the first Eco-friendly city that includes universities, research areas, and industrial and residential areas with approximately 4 million residents. Thus, Some of the units overlook the sea view, and the others overlook the lakes and lagoon.

city edge developments provide clients with a range of services to live in the comfort they demand. such as:

besides other facilities prioritizing convenience for customers to enjoy with their families and friends. Furthermore, North edge towers maintain a luxurious high-class living community.

Areas and prices of residential units in North Edge Towers

North edge towers are offering various types of fully finished, for-sale units and apartments to the clients. They are distinguished by self-sufficient home and the oval shaped-type balconies. Accordingly, each unit varies in terms of the number of rooms and floors. The price in North edge starts from 4800,000 EGP with an area starting from 90 square meters. And the for sale apartment price starts from 50,000 EGP. Hence, one meter costs about 48000 EGP. Even more, the first phase of the project will contain two stages; tourist and coastal. The Arab Contractors Company implemented an integrated model for the marine plaza region. And, they also implemented the work of bridges, entrances, and exits of the towers to ease the movement inside them.

The developer company has allowed the client to choose from paying on cash or through installments. Moreover, It set a suitable payment system by paying a down payment of 5%. And the rest on equal installment system for seven years without any additional interest.

About The New Alamein city

It is a fourth-generation city which is topped by being one of the beautiful cities in Marsa Matrouh. And, it is an incomparable region that has a permanent address to all investors, developers, and local and foreign vacationers. Thus, it has breathtaking seawater, sand, clear blue sky, and natural views, and many other splendid factors. In addition to being close to many entertainment areas due to its distinctive location. The properties construction there can be a good opportunity for increasing the economic level and standards for our country. Hence, it is an excellent place to invest in. Moreover, Doctor Assem Elgazar, Minister of Housing and Urban Communities, has visited the new Alamein to make sure everything is pretty well. And he applied all the precautions of the coronavirus to take care of workers and residents’ health.

The Northern coast is the first place in Egypt that is witnessing a high number of people. It enjoys spectacular fine weather, azure turquoise water, and golden sands that attract the eye easily. Accordingly, the north coast contain many entertainment places and a stunning, lively community that distinguish it from any summer destination. Therefore, many businessmen have begun to adapt their investments opportunities in that place. And many vacationers made it their spectacular place that enable them to have a happy vacation and holidays.

So if you want to join the north edge towers community, hurry up and book your special unit

For details and inquiries, please don’t hesitate to contact us 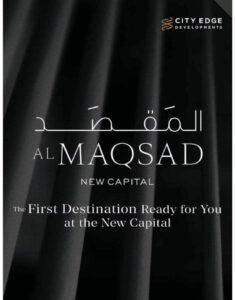 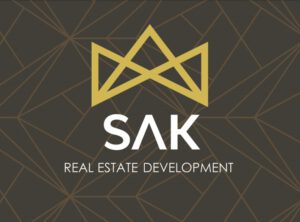 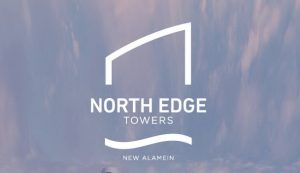